Share a memory
Obituary & Services
Tribute Wall
Read more about the life story of David and share your memory.

David Lawrence Magaw, age 94, of Boulder City, NV, passed away on December 27, 2022. He
was born in Puyallup, WA, on July 4, 1928, to Glen Lawrence Magaw (McGraw) and Julia S.
Van Patten Magaw. While growing up Dave went by Lawrence amongst his family and friends.
During his youth he was active in Puyallup’s First Baptist Church youth group where he made
many friends. Dave lived in Washington until he joined the Air Force in 1950 and served as a
senior radar technician stationed in Nome, AK, and later in Santa Rosa, CA, where he met his
sweetheart, Joanne Virginia Rothschild. Dave married Joanne on May 4, 1957, in Los Angeles,
CA. In 1964 Dave moved his family from Hawthorne, CA, to Boulder City, NV, where he
worked at Hoover Dam as a control room operator for the LADWP and later for the Bureau of
Reclamation. While living in Boulder City, Dave was active in the Masons, volunteered as an
ambulance driver for the hospital, joined the Boulder City Fire Department as a volunteer
firefighter and first aid instructor, coached Little League baseball, and was active in the Boy
Scout of America.
Dave is preceded in death by his wife Joanne Magaw, Sister Rachel Baars, and brother James
Hugh Magaw. He is survived by his three children Michael (Michelle) Magaw, Kathleen
(Thomas) Stewart, Edward Magaw; six grandchildren Jacob (Edilyn), Sean, Nick, Aundriana,
Riley, and Ryan; and great grandchild Elijah.
Celebration of life will be held on Saturday, January 21, 2023, from 10:00 to 11:30 with funeral
service starting at 10:30 at the Christ Lutheran Church 1401 5th Street, Boulder City, NV.
Dave’s military service and burial will be held on Monday, January 23, 2023, starting promptly
at 10:40 at Southern Nevada Veterans Memorial Cemetery 1900 Veterans Memorial Dr.,
Boulder City, NV. Dave was an avid donor to many charities. In Lieu of flowers please donate
to a charity dear to your heart. Family and friends can sign an online memorial guestbook at
www.bouldercityfamilymortuary.

To send flowers to the family or plant a tree in memory of David Magaw, please visit our floral store. 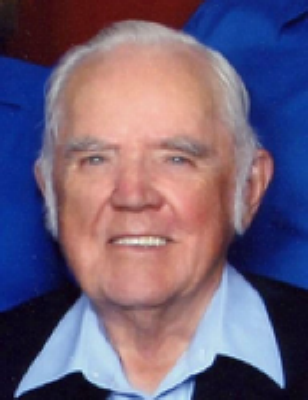