Share a memory
Obituary & Services
Tribute Wall
Read more about the life story of Desmond and share your memory.

And the Lord said “Come, Desmond, your work on Earth is complete; it is time to go” – and he rose to Heaven to live in his eternal home with his Lord and Savior, Jesus Christ.

Desmond Compton Serrão was born on September 5, 1947, in Kitty, Georgetown, Guyana, South America. He passed to his Heavenly home on Saturday, August 20, 2022, following a short illness, with his wife, Betsy (nee Sollenne), at his side. Desmond and Betsy met online in 2012, while he was in El Paso, TX, and she in Rockwall, TX. They did not let distance keep them apart. They met, fell in love, and were married April 22, 2013, in Brownsville, TX.

Desmond was preceded in death by his parents – Victor Ignatius Serrão and Nela Vera Serrão (nee Gonsalves), both having been born in Georgetown, Guyana, South America. He is survived by his wife Betsy Serrão of Las Vegas, NV; daughters Amanda Franco (Adrian) of El Paso, TX, and Shakira Serrão of Guyana, South America; and his beloved granddaughter Azula Franco. Desmond is also survived by his sisters Lurline Deane and Donna Carr (George) and brother Henrique Serrão (Lisa), all of Edmonton, Alberta, Canada, and sister Sandra Dutchin (Steve) of Port St. Lucie, FL. He is also survived by several nieces and nephews.

Desmond served in the Guyana Defence Force until 1982. He migrated to the United States that same year and later became a United States citizen. He joined the United States Army in 1982, retiring in 1993 as a Sergeant. He was a Registered Nurse, earning his Bachelor of Science in Nursing from University of Phoenix. He loved being a nurse, with his “specialty” being ICU trauma. Remaining loyal to the military, he retired from nursing at William Beaumont Army Medical Center in El Paso, TX. He continued to share his nursing skills, lovingly caring for his father-in-law, Nick Sollenne, until his death in 2020.

Desmond’s joy was for his loving daughter Amanda to FaceTime him so he could see Azula, who he always said looked just like Amanda. He loved to sing, sometimes off key, and sang in several bands while in Guyana. He also enjoyed going, occasionally, to the casinos in Las Vegas. He often bragged about how often he won, once giving his wife a slot machine winning voucher – its value was for one penny. Desmond was an excellent cook and dinner was often prepared for his wife when she returned home from work. He enjoyed driving his wife crazy by constantly watching FoxNews and westerns. Toward the end of his life, one of his greatest joys was FaceTiming with his family and joining them in prayer. Just seeing their faces brought a huge smile to his face.

Services, with Military Honors, will be held at 9:00a.m., September 8, 2022, in the chapel of Boulder City Family Mortuary. The family would like to thank Infinity Hospice in Las Vegas for the care and love shown to Desmond as he transitioned to his Heavenly home. Thank you also to Boulder City Family Mortuary for their compassion during this time.

To send flowers to the family or plant a tree in memory of Desmond Serrão, please visit our floral store. 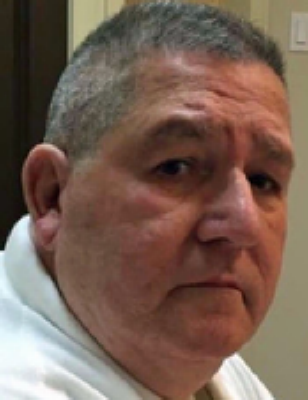