Share a memory
Obituary & Services
Tribute Wall
Read more about the life story of Hugh and share your memory.

We are heartbroken to say that our beloved husband, daddy, granddaddy, brother,

uncle, and friend Hugh Hawkins Lester left us for Heaven on December 7, 2022.

Hugh was born on April 12, 1938, in Oglethorpe County, Georgia, to George Thomas

University of Georgia in 1960, where he was also an active member of the US Air Force

ROTC and Phi Kappa Phi. Upon graduation, he entered the US Air Force where he

attended officer training and flight school. Hugh was both a pilot and a radar

southeast Asia during the Vietnam War. He filled several leadership roles during his

tenure in the Air Force including Chief of the Bombing and Navigation Branch, Chief of

Strategic Air Command Liaison Officer, and an instructor in many areas.

Force Base and took a leadership position at Grumman Aerospace Corporation. He

Flag Support Contract, as well as serving as training instructor and evaluator for the

Hugh was an intellect and never stopped learning. He was always reading, researching

topics of interest on his computer, or watching historical and scientific shows. He was

another national championship in football this season. Hugh was also an avid gardener

and had an impressive green thumb. His trees, plants, and flowers - especially roses

and bougainvillea - were gorgeous and the envy of the neighborhood.

Much more than his professional and academic accomplishments, Hugh’s greatest

contribution during his time with us was the exemplary way he lived his life. His core

traits of integrity, commitment, loyalty, honor and devotion to family were central to who

he was as a person. He was kind to everyone and never met anyone he couldn’t charm

with his southern hospitality and manners. His loss will forever leave a void to those

who loved him best – his wife of 62 years Maria, his children Luis (Norma), Mark

(Susan), Melissa (Chuck) and Teresa. He also leaves behind 10 grandchildren and 18

great grandchildren, his brother Whit (Frances) in Georgia, and many nieces and

we meet again. A military honors service for Hugh will be held at the Southern Nevada

To send flowers to the family or plant a tree in memory of Hugh Hawkins Lester, please visit our floral store. 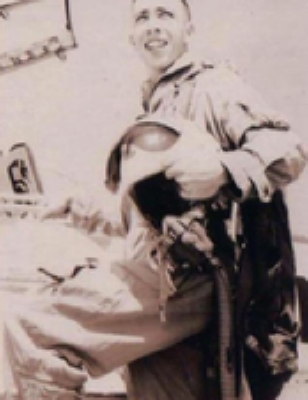