Share a memory
Obituary & Services
Tribute Wall
Read more about the life story of James and share your memory.

James was born to Alice and James (Birdie) Hatton in Corning, Iowa where he resided until joining the Army in 1949.  While serving in the Army, he was charged with exhuming the bodies of fallen soldiers, identifying them and returning their remains to their families, this had a profound effect on him as he spoke of it frequently.

He spent his career as Plant Supervisor in food manufacturing, working for Hershey's, General Mills and Pillsbury.

He married Debra Osborne in 1953 and was living in Fresno, CA when she succumbed to cancer in 1986.  He retired and moved to Bullhead City, AZ to be near family.  There he met Ferne McDaniel and they married in 2005.  They lived in Ft. Mohave and Bullhead City until, for health reasons, they moved to Lakeview Terrace Assisted Living in Boulder City.

He was such a happy, outgoing person.  Every person he came in contact with, he asked, "Where are you from?' "Where were you born?" Then he had a little story pertaining to their area.

His funeral service will be held on Monday, September 12, 2022, 10:40 AM, at the Veterans Memorial Cemetery Chapel in Boulder City, NV with Montana Saari, of Boulder City Christian Fellowship, officiating.

To send flowers to the family or plant a tree in memory of James Edward Hatton, please visit our floral store. 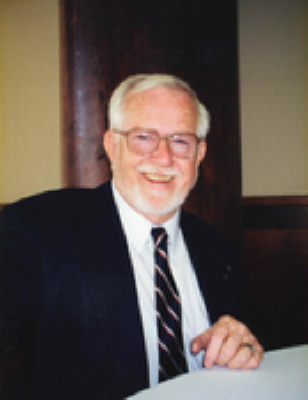