Share a memory
Obituary & Services
Tribute Wall
Read more about the life story of Joe and share your memory.

Joe D. Rowe passed away at his home in Boulder City, Nevada on Friday, September 2, 2022 with his children by his side. He was 87. He is survived by his two daughters, Marlene Roberts (Rob), Joie Murphy (Chris), his six grandsons he affectionately called his “main men” - Joe Roberts, Erik Roberts, Mackenzie Murphy, Zachary Murphy, Jack Murphy and Calahan Murphy, all of Boulder City. He was also blessed with 5 great-grandchildren (Caitlyn, Jillian, Michael, Marissa and Mickayla). He is survived by 2 sisters, Grace Carrie and Becky Tregellas who both reside in Colorado.  Joe was preceded in death by his wife of 62 years, Bernadine (Key). He was the fifth of 11 children born to his parents Everett and Mintie Rowe who also preceded him in death along with 8 of his brothers and sisters.

Joe was born on August 11, 1935 in rural Kentucky where he lived until his teenage years when his family relocated to Indianapolis, Indiana where after returning home from his time in the Air Force, he met and married the love of his life in 1954. Early in their lives together, Joe and Bernadine moved to the Chicagoland area where they raised their children and had a long career working in customer service. When they retired in the late 1990s, they moved to Boulder City, Nevada where he was very active in the community, volunteering for many organizations including the Emergency Aid of Boulder City and the Senior Center both of which he served as a board member for several years.

He was a proud member of American Legion Post 31, the local Elks Club and Grace Community Church. Many Boulder City locals will remember him for his work at the Country Store each year or on the sidelines cheering for his grandsons at sporting events.

One of his most beloved projects was the Red Shirt Friday initiative he started to raise money for the families of Veterans and to support the troops that were deployed across the world. For many years, on any given Friday you would see him with his table set up in front of the Credit Union or Albertsons selling the red t-shirts and golf shirts and asking local businesses to support this cause by wearing the red shirts each Friday at work.

Joe will be missed by his family and friends.

To send flowers to the family or plant a tree in memory of Joe D Rowe, please visit our floral store. 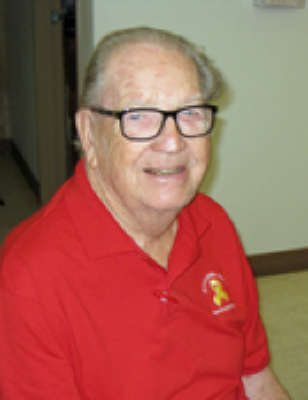 Family and friends are coming together online to create a special keepsake. Every memory left on the online obituary will be automatically included in the book.

You can still show your support by sending flowers directly to the family, or by planting a memorial tree in the memory of Joe D Rowe
SHARE OBITUARY
© 2023 Boulder City Family Mortuary. All Rights Reserved. Funeral Home website by CFS & TA | Terms of Use | Privacy Policy | Accessibility