Share a memory
Obituary & Services
Tribute Wall
Read more about the life story of Larry and share your memory.

Larry Brant Sargeant, 92, was born in Taber, Alberta, Canada on January 3, 1931. He was the second son of Howell Vernon (“H.V.” or “Red”) Sargeant and Alice Hall, having the same sandy-red hair and blue eyes as his father. He passed away peacefully with family members by his side on January 14, 2023 in Henderson, Nevada. He was a member of the Church of Jesus Christ of Latter-day Saints. He loved nothing more than being surrounded by family members and had four children, 23 grandchildren and 64 great-grandchildren, with another on the way. Larry grew up in Canada and the Pacific Northwest. His first jobs were in the logging business with his older brother, Perry. He married Mary Anne Walisch July 3, 1950 and they were sealed in the Salt Lake Temple April 16, 1951. They had three children, Mike, Jeff, and Joy. He became a United States citizen on September 13, 1961. He had dreams of being a veterinarian, but became a very skilled heavy equipment operator after he married. He fancied himself an engineer and dreamed of ideas to solve the problems of the world and provide jobs for many. He moved his family to the San Francisco Bay area where his sisters Donna and Jean lived and the family grew up enjoying the beautiful California sunshine and ocean and being close to family. He loved equipment and owned a backhoe business for a time. Larry was always cheerful and positive and had a lot of energy. He was a big man and was loud and had a booming voice.  His generous heart was full of love. He always greeted you with a shout and an enormous hug. His enthusiasm for life touched everyone around him and he was constantly complimenting and bragging about others. At the dinner table, the food was always “SO delicious” and “the BEST I’ve ever had.”  He was very personable and would strike up a conversation with anyone and he made friends wherever he went. Larry loved traveling and especially enjoyed his lifetime dream trip to the Holy Land. He had Greyhound bus passes that allowed him to travel all over the United States several times. Larry loved to fish and before he moved to Boulder City he divided his time between maintaining the senior apartments where he lived and fishing the northern California lakes and rivers. He was a great storyteller and loved to have an audience to talk to. Larry loved to sing and would always ask new acquaintances and his grandchildren to “sing me a song.” His loud voice in the room describing things in great detail with phrases like “Gosh o’ fishhooks!”, “My achin’ back” and “Woo wee!” will be greatly missed. He spent his last two years at Mountain View Care Center where he could be heard singing in his room every morning. He sat outside every day and visited with everyone who entered or left the residence. Larry is survived by his sister, Clara Jean (Wallace) Stasek, sons, Michael (Sandra,) Florida, and Jeffrey (Linda,) Boulder City, and his daughter, Joy (Todd) Stubbs, Mt. Pleasant, Utah. He is also survived by Joseph, his son by second wife Marjorie Nay White. He was preceded in death by his parents, his brother, Perry David (Christene) and his sister and brother-in-law Donna Lee and Robert M. Ord. A graveside service will be held for family and close friends Wednesday, January 25 at 11am at Boulder City Municipal Cemetery.

To send flowers to the family or plant a tree in memory of Larry Sargeant, please visit our floral store. 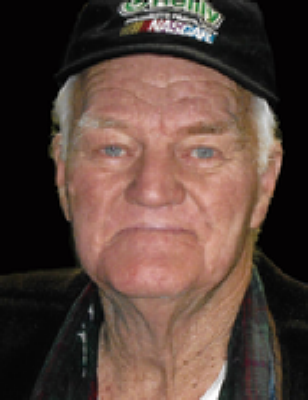