Share a memory
Obituary & Services
Tribute Wall
Read more about the life story of Rebecca and share your memory.

It is with a heavy heart that we announce the passing of Rebecca “Becky” Whitehall (née Rounds), on the 29th of  December in Henderson, Nevada just 13 days after her 63rd birthday.  Becky was born in Bisbee, Arizona.  She was preceded in death by her parents Gene & Theresa Rounds, sister Wendy, second husband John Carl Anselmo, and baby boy Jason Padilla.

Becky moved around a lot with her family as a child, living in Arizona, Wyoming, California, Thailand, and Colorado before moving to Boulder City in 1970. Becky graduated from BCHS in 1978 where she was a flag twirler, a majorette and on the cross-country team.

Rebecca, had a BS in Elementary Education from UNLV with a MS in Early Childhood, and taught in the public school system for 23 years.  She retired in Aug of 2008 to follow her passion, writing picture books and educational curriculum for children. She published Ignite Your Inner Genie Books One & Two in 2013 and 2014, respectively;  Paws For Gratitude and Take a Walk with Me in 2021;  and finished a book her mother started, Jennifer Twing Can Do Anything in 2022.  She wrote a self-help book for adults which has not been published yet.

Becky married John Padilla on August 30, 1986 and they had three children together.  The death of their infant son in 1990 affected her deeply and changed the trajectory of her life.  She divorced John a year later and went on a journey of self help and discovery.  She loved to travel and met John Anselmo in Hawaii.  They married in May of 1998.  They were married 8 years until his death in 2006.  It wasn’t until 2011 that Rebecca met the true love of her life and soul mate, Stuart Whitehall, in an elevator at a conference in Chicago. They married in England on January 4, 2014.   They loved to take long walks in the countryside with their dog Zac and to travel.

In later years she sought to share the lessons she had learned.  She believed wholeheartedly in the law of attraction, the power of positive thinking and energy work.

To send flowers to the family or plant a tree in memory of Rebecca Whitehall, please visit our floral store. 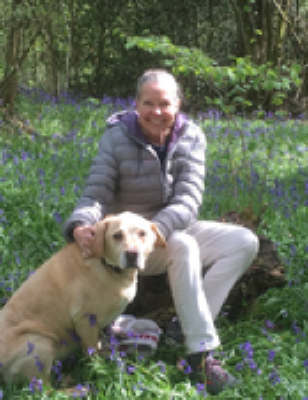 Family and friends are coming together online to create a special keepsake. Every memory left on the online obituary will be automatically included in the book.

You can still show your support by sending flowers directly to the family, or by planting a memorial tree in the memory of Rebecca Whitehall
SHARE OBITUARY
© 2023 Boulder City Family Mortuary. All Rights Reserved. Funeral Home website by CFS & TA | Terms of Use | Privacy Policy | Accessibility