Share a memory
Obituary & Services
Tribute Wall
Read more about the life story of Ronald and share your memory.

Ronald Kent Porter “Papo” of Boulder City passed away Nov 16, 2022 in Las Vega.  He was born October 27, 1952, to Ronald an Bette Porter of Ft Dodge, IA.  He is a graduate of Humbolt High School in 1972 and then on to Briar Cliff College in Sioux City, IA.  He moved to Boulder City in 1973 where he ran Porter Electric for the better part of 25 years.  After Porter Electric, he started work as a Senior Electrician at McCarren International Airport until his death.  He is survived by his wife Carolyn Porter; brother, Jon Porter of Chesapeake Bay, MD; three daughters, Jenni Eisenbarth of Reno, Terri Kanger and Rebecca Bell both of Boulder City; niece and nephew, J Chris and Nicole Porter; great-niece, Emerson Sarouphum of Washington D.C.; grandchildren, Joey Esquivel of Henderson, Brittany Kanger, Zachary Moreno, and Karissa DeVita of Boulder City and Kris Kanger of Utah; eight great-grandchildren, Dian Oaklee, Owen, Blayklee, Rilynn, Makadin, Jaxson, and Emma.  Papo also had a few grand dogs too!  Papo’s and Nana’s house was always open to whomever needed a place come on Hermosa Lane.  He was always trying to help people in his community.  He would see a kid that needed a job and he would hire them to pull weeds to help them earn the money they wanted.  Papo worked on a lot of jobs in the Boulder City community as well as most of the marinas at Lake Mead.  Some accomplishments were wiring most of the street lights throughout town and the helipad for the BC Hospital.  Papo’s off time he enjoyed hunting with friends and family in the Ruby Mountains.  His other passions were cooking, BBQ’s, as well as fishing when time permitted.  Papo always put others ahead of his needs to make sure they had what they needed.  He drove an old truck and was never one to have the newest things on the block, he chose to keep driving the old Ford.  He instilled hard work pays off to his children and grandchildren.   He raised several children and grandchildren that were not even his biological kids but he loved them just the same. You could always find a smile at Papo’s house.  You could always count on him to help or a person to talk to or a shoulder to cry on.  A quiet man with a heart of gold and larger than most.  His last wishes were for his family to scatter his ashes in the Ruby Mountains in Northern Nevada where him and his hunting buddies enjoyed most of their time.  His celebration of life will be 4-6 pm Saturday, January 7 at the Boulder Creek Golf Course in Boulder City, NV.  All are welcome to attend and causal dress please.

To send flowers to the family or plant a tree in memory of Ronald Porter, please visit our floral store. 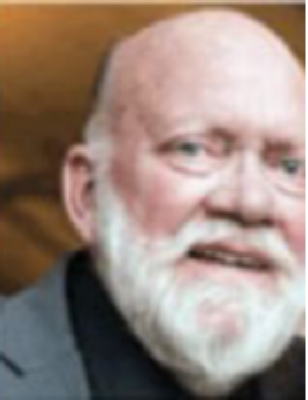