Share a memory
Obituary & Services
Tribute Wall
Read more about the life story of William and share your memory.

William “Bill” Slack died peacefully on Sunday, January 22, 2023, at Desert Springs Hospital. Bill was a long term resident of Boulder City and loved his “Clean Green” small town in the middle of the Mojave desert.

Bill was born on July 15, 1936, in Toquerville, UT, at home. He was named by his beloved sister, Ruth, and he was known to his family as Billy. He graduated from Hurricane High School and began his higher education in Cedar City at the College of Southern Utah. He served a mission for the Church of Jesus Christ in the East Canada Mission, and he learned that he was not a fan of the extreme cold. He thought that it was too cold if you had to crack the ice in the toilet in the morning. He finished his undergraduate degree in chemistry at Utah State in Logan and his graduate work was completed at Northern Arizona University in Flagstaff, AZ.

Bill met his wife of over 50 years in the Library of N.A.U. while they were both getting graduate degrees. They bonded over a love of Native American art and culture. They later served a LDS mission together in New York, NY, and miraculously learned quickly the strange signs and symbols of parking in the great Urban Jungle. Bill was proud he only received 2 parking tickets in the 18 months he was there.

Bill was an avid hunter and fisherman. There were many early morning jaunts to Lake Mead to get in an hour or two of fishing before the first bell rang at Boulder City High School where Bill taught in the 70s - the early 90s. He taught math and science and was the chess coach there for many years. Bill also conned his way into a track co-coaching position even though he knew very little about the nature of track and field. However, he  loved being a shoulder to cry on and a support for the athletes. He loved being around the students of Boulder City both in and out of the classroom. Even after he retired from teaching, he took a great interest in the exploits of the student athletes of this community.

Bill loved his kids, his grandkids, gardening, walking around the neighborhood in BC, meeting new people. He could be found many days reading at the local library. He sang in many choirs including the Red Mountain Choir that performs at the Elaine K. Smith Center and enjoyed working with the talented singers and musicians in the area. He was loved by his family, and he will be greatly missed.

To send flowers to the family or plant a tree in memory of William Slack, please visit our floral store. 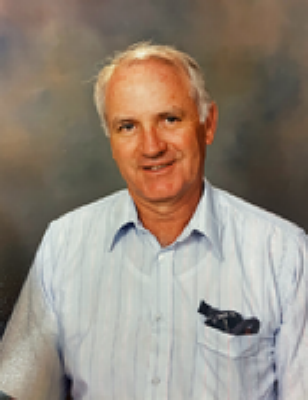